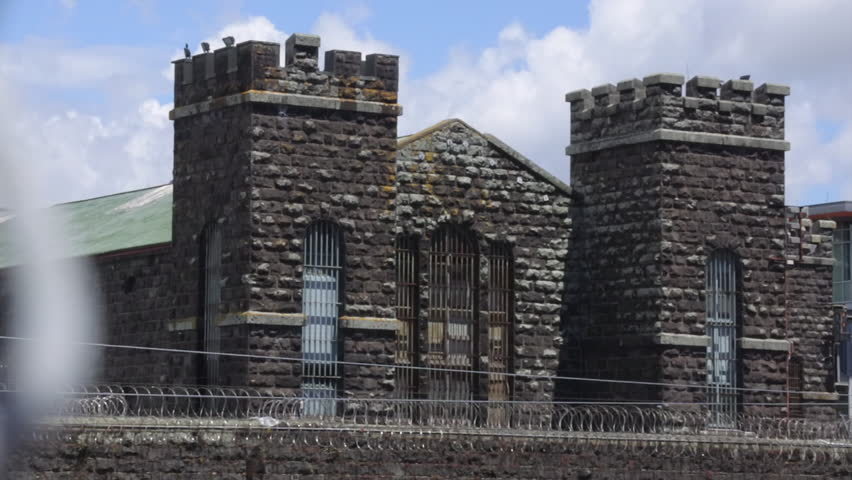 Commonly referred to as "The Rock', Mt Eden prison's construction began in 1883 using mostly prison labour and was built with volcanic rock.  It took till 1917 to complete construction on this imposing medieval styled building.  Some towers were removed at a later date and the beautiful chapel was destroyed during a prison riot in 1965.  It was New Zealand's most violent prison.

New Zealand's last hanging took place here in 1957 of Walter James Bolton before the abolition of capital punishment in 1961.  There were 36 executions in total at Mt Eden prison - the most being 5 in one day. The internal yard where the executions took place still stood as of 2004.  There are still bodies interred on the grounds - long forgotten prisoners who died, were killed or committed suicide.

The Rock closed in 2011 and is a category 1 listing so therefore can not be demolished.  The Corrections department seem to be at a loss as to what to do with it although the idea with the most merit seems to be the one of turning it into a museum.  They have tossed around the idea of making it into accommodation but that has been ruled out as with the new prison right next door security is a concern and so is the red tape they would have to wade through to get it fit for the living apparently!

Death row at Mt Eden is said to be haunted, particularly Cell 8.  Both former staff and inmates have noticed events that can not be explained. There has reportedly been piano's that have played when no one is around, ringing telephones that shouldn't be ringing and lights going on and off.  Ask anyone who maintains the building since it closed down and they will tell you it's haunted.  A loud speaker used to crackle within it's walls despite the PA system being shut down 5 years prior.  The electricity wires were then cut to the system but the loud speaker continued to crackle.  Then there is the story of the contractor that was brought in for repairs.  Hard at work in a cell, he maintains an inmate appeared behind him and told him to 'Get the f... out!'  By the time he had jumped up the man had disappeared.  Needless to say he refused to come back to finish the job and who can blame him!

Maybe those long forgotten whose bodies are still interred in the northeast corner of this site, are still roaming within the walls of The Rock.